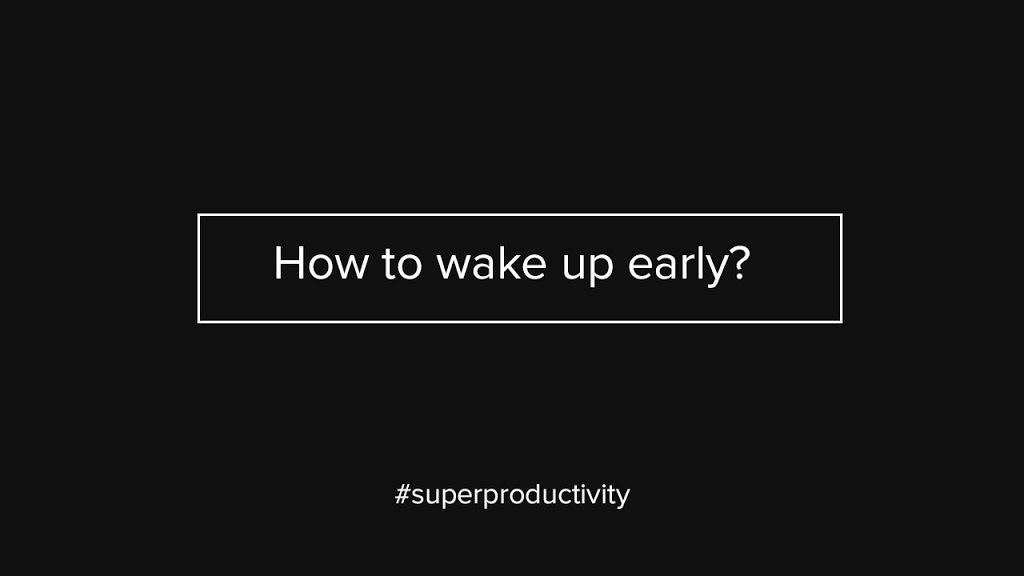 After my last post on super productivity, a few people were curious about waking up at 5 in the morning. The common question was, “How to wake up early?” Well, there aren’t any tricks per se, but a few things from my own experience/reading might help you fine-tune your biological clock, get you motivated & achieve super productivity.

Use a cheap (or costly) wrist-band activity tracker to track your sleep. I bought the cheapest Mi Band at Rs. 999. It does a decent job at counting your steps and tracking your sleep patterns. Although the mobile app is not that great, it gives you a fair picture of your sleep. Else, you can use apps like Sleep as Android and keep your phone near your pillow while going to bed. (but there’s a catch, read point #3)

3. Keep your alarm clock (phone) away from bed

That’s right. Make snoozing a difficult affair. Pressing snooze is second nature, and if your alarm resides near your pillow while you’re trying to build a habit, all the best, you’re never going to wake up early. So keep it at a place where you’ll have to get up from bed to shut it down. Now that you’ve already risen from bed, it’s much easier to convince your sleepy mind.

I use an app called 7 weeks to track my perseverance on forming a new habit. According to various research, it takes anywhere between 7 weeks (49 days) to 66 days to form a new habit. Apart from the obvious benefit of visualizing your performance, 7 weeks app motivates you to keep moving towards your goal.

5. Stay away from TV, Laptop, Mobiles at least 15 minutes before going to bed

Your bed should be a no-electronics zone. Don’t tax your brain with new information, social media clutter, chat sessions or the blue light of playing a game while laying down. It will hamper your deep sleep. In the end, you’ll end up sleeping more and waking up tired.

6. Use a smart alarm

Apps like Sleep as Android have a feature to schedule your alarm according to your sleep patterns by finding optimal wake up moments. Quoting directly from their documentation: Waking up in light sleep feels natural and can be compared to waking up on a weekend, without any alarm. In contract, deep sleep wakeup (which is common with ordinary alarm clocks) leads to an unpleasant wakeup experience accompanies with feeling of being tired, sleepy, disoriented etc. In other words, it’ll fire the alarm the moment the sensor (in your wrist band or mobile app) notices that you’re in light sleep.

Update (2018): I’ve since moved on from Sleep as Android to Samsung Health.

7. Go to bed planning to get up early

I’ve no scientific evidence backing up this personal experience: going to bed thinking positively about getting up early actually makes me wake up without much difficulty. In contract, if I don’t plan it, either I snooze or have a really hard time convincing my sleepy brain the next morning. I intend to keep adding new insights, tricks and tips to this post. I would like to end with a quote I read somewhere,

Pro tip #8: While trying to convince your sleepy mind to get out of the bed, try reciting the above quote. It works for me. Welcome to the 5AM Club! 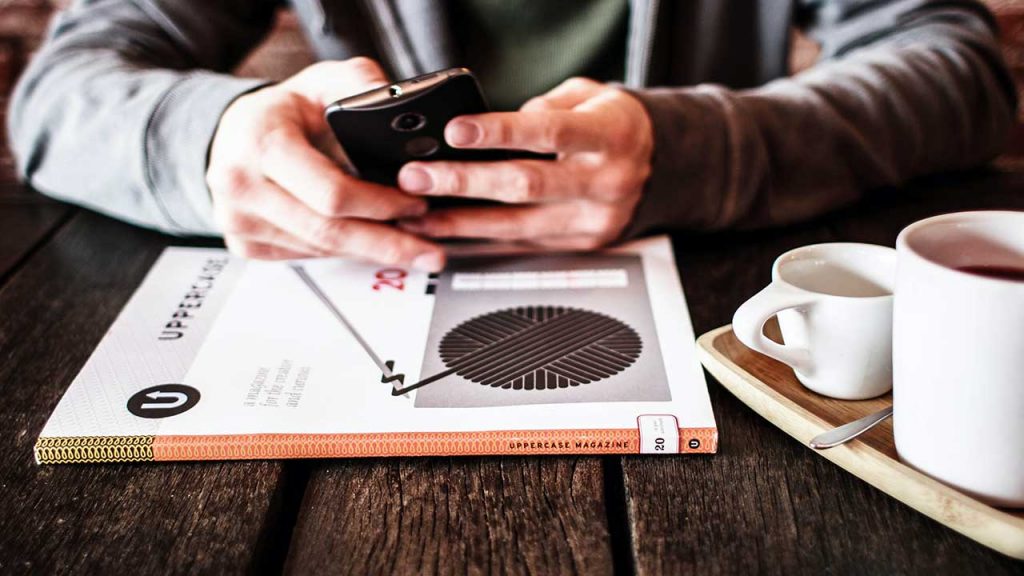 Let technology assist you in your morning reading ritual. Here’s my setup. 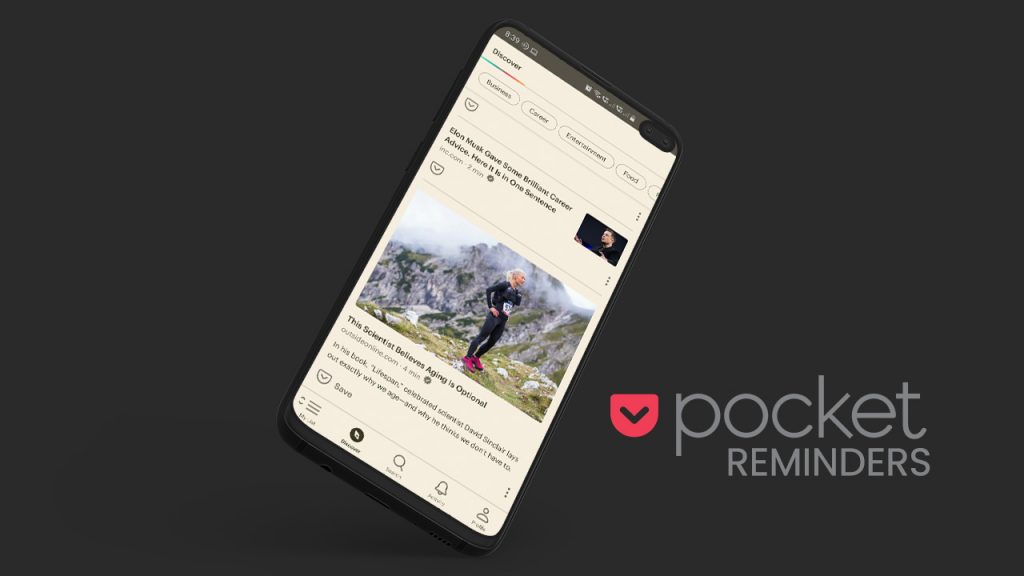 How to enable automatic reminders for articles in Pocket 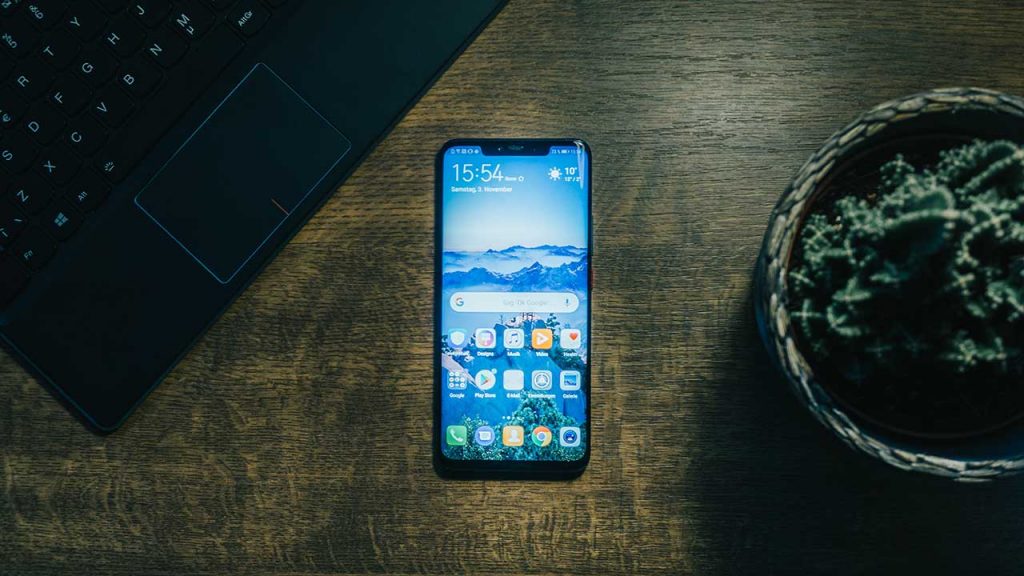 A sneak-peek into my personal productivity bundle 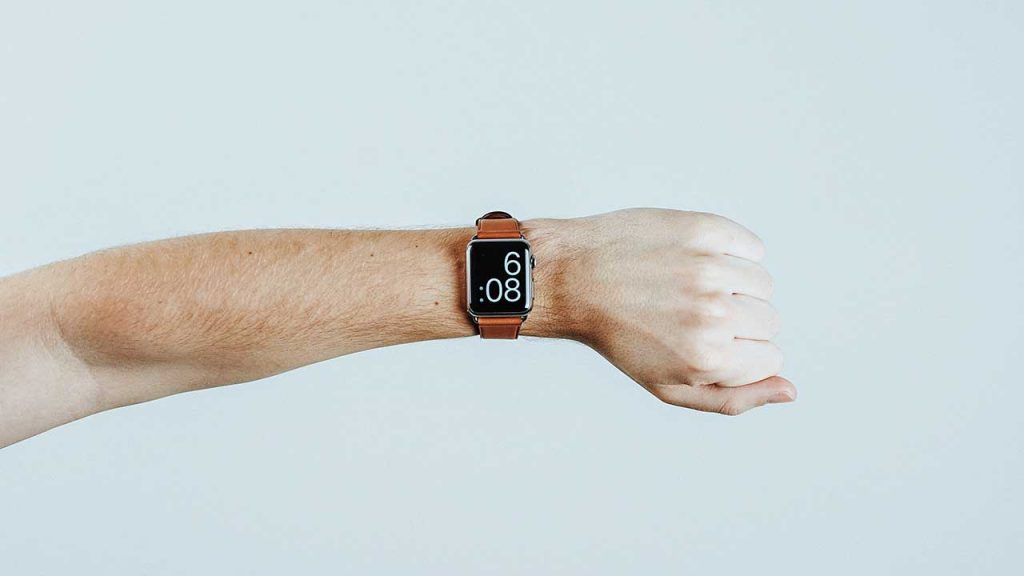 Is Parkinson’s Law getting in the way of your productivity?